The game Galaxy Champions TV is already released on Xbox One in the USA and UK. Galaxy Champions TV is a super intense top-down closed arena shooter game inspired by the classic arcade game Smash TV. Get powerful weapons and power-ups, kill huge amounts of enemies, level up, unlock upgrades and beat all the bosses to become the champion of the most violent TV show of all time! 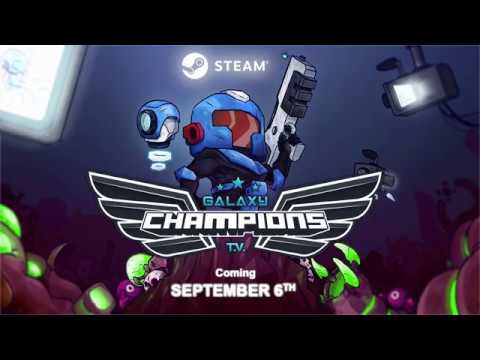