We Are the Thousand Cinema Release Date

The movie We Are the Thousand is already released on Cinema in the USA. The upcoming Cinema release date in the UK is to be announced. We Are the Thousand

In 2015, Fabio, a marine biologist with a huge passion for rock music, convinced 1,000 musicians from all over Italy to gather in the small town of Cesena to play "Learn to Fly", the famous Foo Fighters' hit. His aim was to convince Dave Grohl, the leader of the band, to come and play in his town. A video clip of the performance together with Fabio’s speech was published on YouTube, where it was viewed more than 50 million times. Soon afterward, Dave Grohl got the message and he decided to make the dream of the thousand come true by bringing the Foo Fighters to play in the village of Cesena. That was the beginning of an incredible adventure that created the largest community of rock music lovers, and changed the lives of many people. Forever. 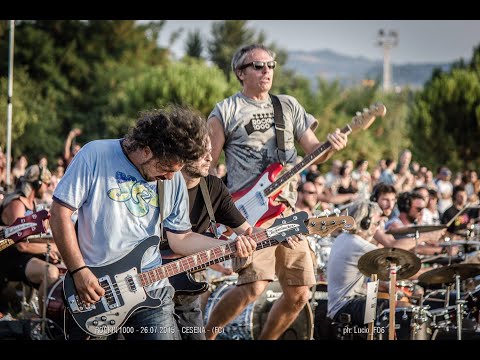